Do You Have a Safe House? By Stacey Nye, PhD

Do You Have a Safe House? By Stacey Nye, PhD

Do You Have a Safe House?

I recently presented a workshop at a local spa on healing disconnected eating. As a guest presenter my husband and I were treated to a weekend of complimentary food, exercise classes and other presentations by the spa’s staff.  He attended a workshop given by the staff nutritionist on eating healthy.  I was having my complimentary massage at this time, so had to come late. By the time I arrived, he was incensed.  “She’s teaching people to have a “safe house!” he exclaimed under his breadth.  “And they are all smiling, asking questions and shaking their heads in agreement!” After living with me for over 15 years, he knows better. He’s been educated about the dangers of dieting and the alternative wisdom of the Intuitive Eating* process.

I was raised in a safe house.  There was simply no candy, chips, or junk food of any kind. My mother was a chronic dieter and did not allow it into the house. As a result, whenever I went out and this food was available, I ate it. Friend’s houses who kept Frito’s, Cheeto’s and Oreo’s in their pantry were treasure havens to me. The families of the children I babysat for likely had far fewer candy bars after I was there than before. If there were M&M’s at a party I attended, I parked myself right next to the bowl.  Obviously, growing up in a safe house did not teach me to no longer crave junk food; it just taught me that I had to get it elsewhere. And eat as much as I could while I was there, because who knew when I would be invited over again.

I do not blame my mother.  Her intentions were good. The prevailing wisdom at the time (and unfortunately still today) was that fat people are unattractive, unhealthy, and need to stop eating food that they enjoy in order to lose weight. So, my mother took my sister and me with her to Weight Watchers, and cleaned out the house of its goodies. The irony is that it never really worked. Oh sure, we lost weight on Weight Watchers.  Lots of times.  Lost 10 pounds, gained 15. Lost 20 pounds, gained 25. Lost 30 pounds, gained 40. Most dieters can attest to the fact that they weigh more now than when they started dieting.  This is called yo-yo dieting, and research has shown that chronic weight fluctuations are unhealthier than simply maintaining a higher weight.  The nature of dieting is the problem. People go on a diet, stop eating the food they love, lose weight, and either then go off the diet, returning to their old habits, or have breakthroughs while on the diet of binge eating, secondary to hunger and feelings of deprivation. Studies show that only 5% of people who go on diets are able to maintain their weight loss long term.  Plus, despite a booming multi-billion dollar diet industry, Americans are getting fatter and fatter. So obviously, safe houses aren’t keeping anyone safe from getting fat.

So what, you may wonder, is the alternative? C’mon, let’s take a peek inside my kitchen.  The refrigerator is stocked with common items such as cheese, yogurt, bread, fruit, lettuce, condiments, leftovers, etc.  Except for diet soda (which my husband is addicted to, but that’s a story for another day), you won’t find any non-fat, low-carb, sugar-free items.  Yuk!  Again, people buy these things with good intentions.  They think that they are improving their health and increasing the likelihood that they will lose weight.  Wrong!  Wrong!  Take a good look at the ingredient list on any one of these products. Is it long?  Are there things on the list that you don’t recognize as food? How can eating something that contains ingredients that you don’t even recognize as food improve your health?  And, they certainly don’t increase the likelihood that you will lose weight, either.  What they take out of items like these are the very things that contribute to how satisfying they are, usually the fat. Substituting Baked Lays for real chips fools no one. In fact, when you are craving chips, you may have noticed that you are liable to eat twice as many Baked Lays.  You likely reason that you can have more, since it has fewer calories. Also, people don’t feel satisfied eating low fat foods, and usually end up overeating them (and often then move on to the real stuff, anyway).

Don’t believe me?  It’s true.  If we listen to our bodies, it will tell us what we need. Like in the movie Field of Dreams, “if you build it, they will come”; if we listen, our bodies will tell us.  The problem is that no one is listening.  We’re too busy listening to Oprah, or Dr. Phil, or Suzanne Sommers, or Dr. Atkins. When we rely on external cues to tell us what and when and how much to eat, we lose touch with our internal cues, cues that we were born with, and that work pretty well until someone comes along and takes us to Weight Watchers. Can you think of a time that you have gone off your diet, really splurged, like on vacation, and came home and just want a salad and a chicken breast? This is an example of our body telling us what we need.  And what we need is to eat of variety of foods, not to eliminate any food groups, and to eat food that is not chemically processed.

As proof, look at some kids eat. Unless they are in a safe house, kids eat completely based on their internal cues, and research shows that they usually get all of their nutritional needs met within the course of a week. They eat when they’re hungry, stop when they’re full, and eat exactly what they want.  They don’t rely on the clock on the wall, or the calories listed on the label or the article in SELF magazine to tell them when or what to eat.  If it doesn’t taste good, they simply won’t eat it.  And they could leave one chocolate chip on the plate because when they are full they are done eating. Can someone who lives in a safe house do that? I never could, at least not until I opened my house up to formerly forbidden foods, that is. Now, I can leave one bite on my plate, and it drives my mother crazy.

Well, my family must be fat, you reason. Those of you who know my family know this is not true.  My husband and 2 sons are athletes. They run, play soccer, hockey, bike, swim, etc.  While they all enjoy candy, soda and pizza as much as anyone, they are extremely healthy eaters.  I shop for fruit multiple times a week and can’t keep leftovers in the fridge for more than a day.  My children include sushi, hummus, and salmon among their favorite foods. They order a salad with dinner whenever we go out.

I myself am not thin.  My genetics predispose me to have a round, pear-shaped figure, and all the dieting in the world won’t change my genetics. I maintain my weight within a range that is healthy for me-my cholesterol, blood pressure, blood sugar and pulse are all normal. My doctor has never once prescribed weight loss (he knows better not to). I exercise regularly, but would be hard-pressed to call myself an athlete. I often eat less than those at the table with me. I am healthy, happy and find plenty of clothes to buy.

So, do you have a safe house?  And if yes, what do you really think you are keeping yourself safe from?

* – The book, Intuitive Eating, is written by Evelyn Tribole and Elyse Resch, was recently quoted in People magazine’s story about Katherine McPhee, the American Idol contestant who disclosed that she had an eating disorder. 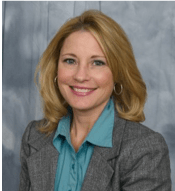 Stacey Nye is a Clinical Psychologist and Founding Fellow of the Academy for Eating Disorders. She does individual and group psychotherapy specializing in eating disorders, body image, depression, anxiety and women’s issues.